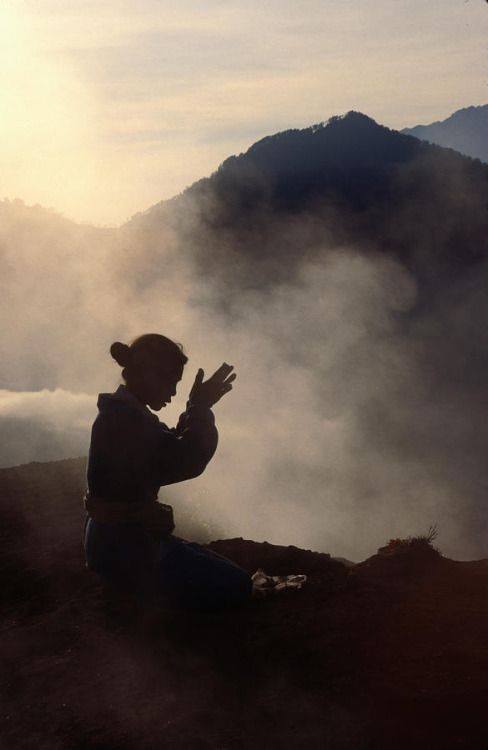 We each might have discovered some little truth, such as the truth about poetry or the truth about photography or the truth about amoebas, which can be of help to others. But we tend to use such a truth simply to build up our own credentials. Working with our little truths, little by little, is a cowardly approach. In contrast, the work of a bodhisattva is without credentials. We could be beaten, kicked, or just unappreciated, but we remain kind and willing to work with others. It is a totally noncredit situation. It is truly genuine and very powerful

Taking this Mahayana approach of benevolence means giving up privacy and developing a sense of greater vision. Rather than focusing on our own little projects, we expand our vision immensely to embrace working with the rest of the world, the rest of the galaxies, the rest of the universes.

Putting such broad vision into practice requires that we relate to situations very clearly and perfectly. In order to drop our self-centeredness, which both limits our view and clouds our actions, it is necessary for us to develop a sense of compassion. Traditionally this is done by first developing compassion toward oneself, then toward someone very close to us, and finally toward all sentient beings, including our enemies. Ultimately we regard all sentient beings with as much emotional involvement as if they were our own mothers. We may not require such a traditional approach at this point, but we can develop some sense of ongoing openness and gentleness. The point is that somebody has to make the first move.

Usually we are in a stalemate with our world: “Is he going to say he is sorry to me first, or am I going to apologize to him first?” But in becoming a bodhisattva we break that barrier: we do not wait for the other person to make the first move; we have decided to do it ourselves.

Millions of people in the world are suffering because of their lack of generosity, discipline, patience, exertion, meditation, and transcendental knowledge. The point of making the first move by taking the bodhisattva vow is not to convert people to our particular view, necessarily; the idea is that we should contribute something to the world simply by our own way of relating, by our own gentleness.

In taking the bodhisattva vow, we acknowledge that the world around us is workable. From the bodhisattva’s point of view it is not a hard-core, incorrigible world. It can be worked with within the inspiration of buddhadharma, following the example of Lord Buddha and the great bodhisattvas – CHÖGYAM TRUNGPA RINPOCHE